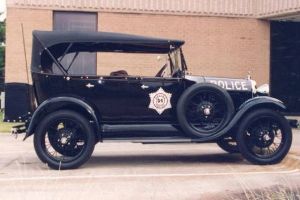 In 1975, the founding/charter members of the Texas Peace Officers' Association - Dallas Chapter secretly held its first organizational meeting in the backroom of the Alpha House on Good-Latimer. They had been warned not to form an organization that would openly challenge the Dallas Police Department's race and gender bias policies, duality and disparate treatment of the people of color and women. The Founding Members of the BPA-Dallas are as follows: Calvin Howard (President), Preston Gilstrap (Parliamentarian), Arthur Busby (Sergeant at Arms), George Coleman (Treasurer), Mackeroy Tuck (Advisor), Simon Young (Chaplain), Shirley Gray (Secretary), and Harold Parks (Vice-President).

We have proudly served the community of Dallas for the last forty years. We are committed to not only the safety of our citizens and businesses but to providing charitable contributions to those in our community who need our help the most. Currently, we are involved with the Kappa Kamp Summer Enrichment Program, Vogel Alcove, and Greater Southwest Child Placing Agency charitable organizations.

The BPA was formed to openly challenge the Dallas Police Department's race and gender bias policies, duality and disparate treatment of the people of color and women.